Just going to wrap up at the library. Its Tuesday the 21st of December and I am the only one here. I have a tonne of stories bouncing around in my head and trying to get out for Christmas. I’m going to take a well not earned break and leave them there till the new year. It’s been a baffling one hasn’t it. I am glad for a lot of things in my life, but my proudest achievement of 2021 was not listening, watching, or reading ANY news. I can’t recommend it enough.

I may pop in over the festive period. This particular library is open 24/7 every day of the year.

I’m off to do some last-minute shopping now so will leave you with a Christmas story I wrote a couple of years ago.

I wish you all a very merry Christmas and a healthy, happy, and peaceful 2022.

Jo held the mistletoe above his head and closed his eyes. He brought the back of his hand up to his lips and snogged it so hard he drew blood. He wished he had a girlfriend, so did his mother who spent far too much time washing her overactive teen son’s sheets.

His arm was still in the air when his father bounced into the room with more decorations.

“It’s supposed to go above a doorway. You can’t stand there all Christmas. What’s that on your hand? “

Noel laughed off the D.I.Y hickey.

“My girlfriend did it.”

“You don’t have a girlfriend.”

“Mm, it used to be necks in my day. Looking at that, I would think twice about letting her near yours. Anyway, I’ll tell your Mum the good news. She’ll probably stop deducting the stain remover cost from your pocket money.”

“You must bring her around love,” said his mother while the Holly family were hanging the baubles on the tree that evening. “

Instead of owning up, Noel had invented a rich Italian girlfriend. A crossed eyed blonde stunner with a hint of Samantha Fox.

“She sounds lovely dear. What does her father do?”

It took some tongue biting from Noel’s parents to stop themselves from bursting out laughing.

“Not the only thing that’s mixed up. “, chuckled his Dad, who was elbowed in the ribs by his mother.

Jack was lifted out of his highchair and given the Christmas star. As Mr Holly was raising him above his head to shepherd his hand to set it on top, Mrs Holly asked Noel which part of France; she paused; Italy, his girlfriend was from.

That was it. father with baby crumpled into the tree. A kaleidoscope of tinsel, balls and lights snowballed in every direction.

Noel frowned at his little sister, daring her to join in the uncontrollable laughter.

The candlelight bounced off the golden turkey and silver cutlery. It lit a festive warm glow on the happy faces around the long feast laden table.

Dr Noel Holly, dermatologist to the stars, raised a glass of wine.

Clinks rang around the room. Noel tinked too hard against his son’s Cola and spilt Chateauneuf on the white tablecloth.

“Garson idio.t” laughed Claudette, Noel’s wife, and smiled at him. Well, he thought it was at him. He could never tell.

“Oh, dear said his mother, that might stain; I’ve got amazing stuff at home for that.”

Dad cleared his throat and winked at Noel.

Noel suspected they knew that as a boy, he used to paint his toenails in bed. 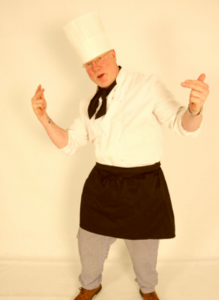 'Yes I want to be kept updated' or 'No, My Life is perfect without you'